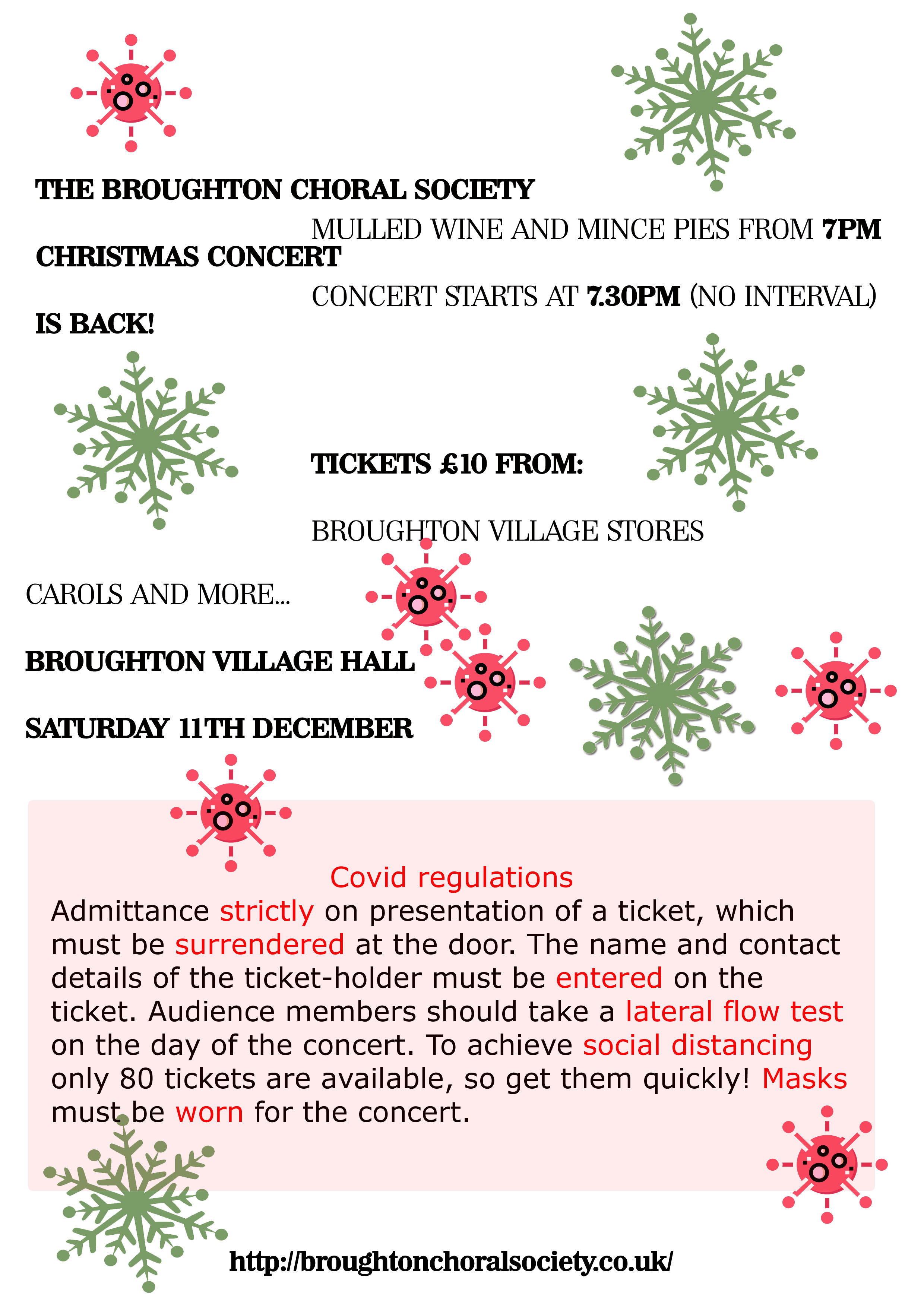 As discussed at the AGM we will restart rehearsals in the autumn, on Tuesday 7th September 2021 at 7.30pm in Broughton Village Hall. We have also booked the hall for a traditional Christmas Concert on Saturday 11th December.

Prospective new members or any existing member who has not received an email from our secretary please get in touch via http://broughtonchoralsociety.co.uk/contact-us/

This year’s AGM will be on Tuesday 20th July at 7.30pm by ZOOM. Members who have not received an email invitation by 10th July please contact secretary@broughtonchoralsociety.co.uk

Little did we expect, when we stopped rehearsing a year ago, that we would still be unable to sing together twelve months later. Of course no-one could have foreseen that choral singing was to be elevated from a civilised pursuit into Public Health Enemy No.1. We have watched in admiration how organisations like Zurich Opera managed to perform Brahms’ German Requiem by scattering chorus members around a 1000 seater baroque auditorium, and how other choirs have harnessed the power of Zoom to sing together, but lacking such great spaces and technological wizardry, the Broughton Choral Society has remained muted – after all much of the point of a choir like ours is that it brings people together. Some might even say that our concerts are primarily great social events, with the addition of some excellent music. With that in mind, we did HOPE to perform last summer, and again at Christmas, as we hatched a plan to sing carols outside the village hall and dish out mulled wine to passers-by. It was not to be. Now we wonder if we will be able to do anything this June? Breathe deeply, put on a mask, and hope for a miracle. Whatever we can do, we’ll be certain to let you know.

The Committee of BCS

Thanks to everyone who made our last Christmas Concert (in 2019!!) a memorable and enjoyable evening.